Spirit of Lives - Our Congregation in Action!

All Souls Church, Unitarian was founded in 1821 (as the First Unitarian Church of Washington) and has celebrated its Bicentennial on November 11, 2021! Our 200-year young church has a long tradition of promoting liberal religious views and social justice issues. Over the last two centuries we have moved three times, with our current home in Columbia Heights at the corner of Harvard and 16th Streets. In December of 2020, All Souls was listed on the National Register of Historic Places.

Our congregation has comprised people from all walks of life, including local and national leaders, each invested in key issues facing the District, the country, and the world — abolition, education, poverty, civil rights, peace, reproductive justice, voting rights, climate change, and economic justice (to name a few). Today we are a diverse, spirit-growing, justice-seeking community that continues to take a role in creating a more just, equitable community and world.

Throughout this year All Souls Church will celebrate our “Spirit of Lives, Generations Together” with revelry, reflection, rejoicing, and remembrance.

How We Gather – Upcoming Events!

Do you have an idea for an event that helps recognize and celebrate the All Souls Church 200th Anniversary? Contact the Bicentennial Leadership Team with your proposal! Events are being scheduled throughout the year.

We are inviting everyone to send in a video or written birthday message for All Souls! Talk about what moves you to come through our doors, what inspires you to take part in our programming, what is meaningful to you and your family. Talk about why you gather here, each Sunday, or what brought you to All Souls in the first place. Talk about why you keep coming back, or keep in touch from a distance. You are part of the legacy of All Souls – let us hear your story! Please send videos or written testimony to the Bicentennial Email address.

You can also post your reflections on social media, just use the hashtags #SpiritOfLives and #ASC200!

I served as Assistant Minister of All Souls in the mid nineteen-sixties.

One morning I was in my office and the chaplain of the Air Force called. Without fanfare, he quickly stated: “Adlai Stevenson’s body will arrive this afternoon at Andrews Air Force Base. I will pick you up at 1:00.” Since I knew Stevenson was a UU no further discussion was necessary. I understood I would be part of the clergy contingent to greet the caisson carrying the body from London where he had died of a heart attack. I was at the front door of the church when the limousine arrived. Adlai, a noted statesman, had run on two occasions for president against Eisenhower. Under Kennedy he served as the 5th UN Ambassador. At the Washington Cathedral where Stevenson was laid out for viewing I shook hands and exchanged greetings with Hubert Humphrey, Johnson’s Vice President. What struck me most about this encounter was the aura I experienced that surrounded him. The encounter provided me with a spontaneous moment to offer gratitude for his attendance at the memorial service for James Reeb.

​​I came to Washington in the summer of 1979. I had several objectives. One was to explore Unitarianism. I had realized while in seminary that I was really a Unitarian and a Universalist.

To my surprise All Souls Church, Unitarian was only a few blocks from my new home. The first Sunday I attended was in summer so by tradition there were few attendees, a guest speaker and music provided by the Madrigal Singers, led by Peter Sailor. That music is what sticks in my mind most about that first experience. I had never been to a church service where a group sang about unrequited love making someone a “silly ass.”

When fall came Rev. Eaton returned and the congregation with him. I immediately knew I was home. His sermons were challenging us to think and find answers, not to take his or anyone else’s answers without examination and thought.

Soon I realized how much this congregation melded with my new job. As a Principal in the consulting firm, I was assigned to build programming for the new the Martin Luther King, Jr. Center in Atlanta. Serendipitously I had just met Taylor Branch, a member of All Souls and the author of Parting the Waters, the Pulitzer Prize winning chronicle of Dr. King’s work.

As a child of the Civil Rights movement, I was overwhelmed by the nature of my new home congregation. Not only was the Sr. Minister African American, but the Minister of Education was openly Gay, and the membership was as diverse as it could possibly be. There were African American, White, Asian, Hispanic and all sorts of ethnicities meeting together with one purpose; to find a better way forward. As David Eaton and I were both former United Methodists, we understood each other. His style, theology and interests mirrored my own.

Within a year David invited me to join the staff as Associate minister. That post had been vacant since the departure of Harry Green. The next thirteen years would be the most important in my life. I can only say that I am privileged and honored to have worked with an intellectual giant of a man who could navigate the dangerous waters of social change with such skill. His approach was not to reject, but to include diversity and engage it in genuine dialogue. Even the most bigoted respected him.

However, David was fond of saying: “We are all ministers;” and he meant it. Each of us in the congregation were charged with a ministry to each other and the community and to the future. That congregation took up the challenge! I am honored to have worked with so many people there who will always remain in my heart for their commitment, concern and love. Together they provided a home for the marginalized who were seeking a voice.

The Civil Rights movement had always had a home at All Souls. A. Powell Davies had paved the path in the 1940’s. That was what attracted David Eaton to the congregation, and the congregation to itself. There was a rich history to build on. With David’s leadership they seized the opportunity and they built!

The congregation hosted and housed hundreds of protest marchers, conducted non-violence protest training, held rallies for war torn European nations, sought to help refugees by becoming a sanctuary Church; founded the Change-All Souls Housing Corporation which built multiple units of affordable housing, helped found the Antioch School of Law, the DC Music Center; The Women’s Self-defense Training Center, established a Multi-Cultural Arts Center, gave space for the birth of the local Gay Rights movement, and the very controversial local Nation of Islam. And that is only to name a few of the many projects those heroes supported.

While we celebrate the leadership of David H. Eaton, he would want us to also celebrate the support and valor of those he led. Together, they turned talk into action, action into acts of love. The did not think of themselves as heroes, but to me they are; each and every one.

As I celebrate the man I knew and loved as friend and mentor, I know that he received many accolades during his lifetime. He accomplished many remarkable things. But to me, the accolade that most reflects David and his ministry was one at his wake. A microphone had been set up for people to share memories and most of David’s family were there. At one point a middle-aged white man came forward and told us all that he owed his life to David Eaton. “None of you here know me, but I knew Rev. Eaton. He found me wandering and brought me in. He sat me down, heard my story and gave me help—but what he gave me was the will to recover my life.” This was David Eaton. He frequently brought in strays, he saw in them their humanity and their pain.

On several occasions, people would wander into the Sunday service and attempt to disrupt it. The funniest of these experiences was a Sunday when a tall, elegant, colorfully dressed woman marched up front and waited for the offering to be brought up. She held out her hands anticipating it would be given to her! Confused, the ushers stood back waiting. David, who had been seated behind the pulpit did not see any of this until he got up to receive and bless the offering. With some surprise he looked down at the woman standing there. He spoke to her and she loudly demanded the offering as she was a goddess and not to be ignored. David came down, spoke to her quietly and asked her to sit with him behind the pulpit. She did.

Each Sunday was a new experience, but it was the days between Sundays that made the David Eaton years so significant. Together we all believed in that last line of the Philosopher Barrows Dunham benediction that David always used: “…that our small victories may end in triumph and the world awaited be a world attained.”

Those who knew David Eaton, still do.

Hello! My name is

David Herndon. I attended All Souls Unitarian Church on Easter Sunday in 1982, when Rev. David Eaton was your minister, and that was the beginning of my journey into professional religious leadership. I enrolled at Meadville/Lombard Theological School in the fall of 1982 and graduated in 1986. After four years of ministry with two congregations in Ontario, Canada, I began serving the First Unitarian Church of Pittsburgh in September, 1990, completing my ministry with this congregation twenty-eight years and four months later, in December 2018. Thank you, All Souls Unitarian Church, for providing deep inspiration that sustained me throughout my career in ministry, and congratulations on your two hundredth anniversary!!

Your Birthday Greeting Could Be Here!

Send your All Souls story to Rose Eaton (reaton@allsouls.ws).

Why We Give – A Way to Keep Our Stories Going!

All Souls will continue on, through our congregation, our community connections and commitments, and through our social justice work and outreach. We have taken the concept of Beloved Community to heart and shared it with everyone who comes through our doors. Our history is lined with acts of love, compassion, and justice.

There are two ways you can help us keep our stories in motion. First, is financial giving. In honor of our first two hundred years, and in hope for our next two hundred, please make a financial gift today.

The second way is with your time. There are many volunteer opportunities, both long and short term, in all areas of the church, both virtual and in person. Please visit our volunteerism page today to find your place in this Beloved Community! 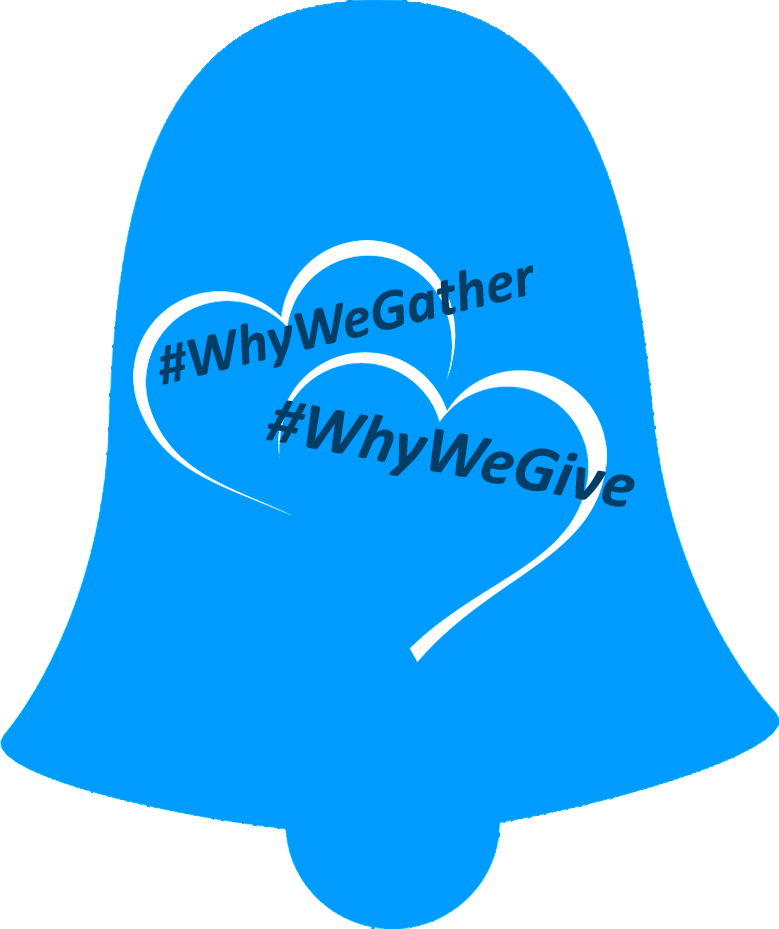